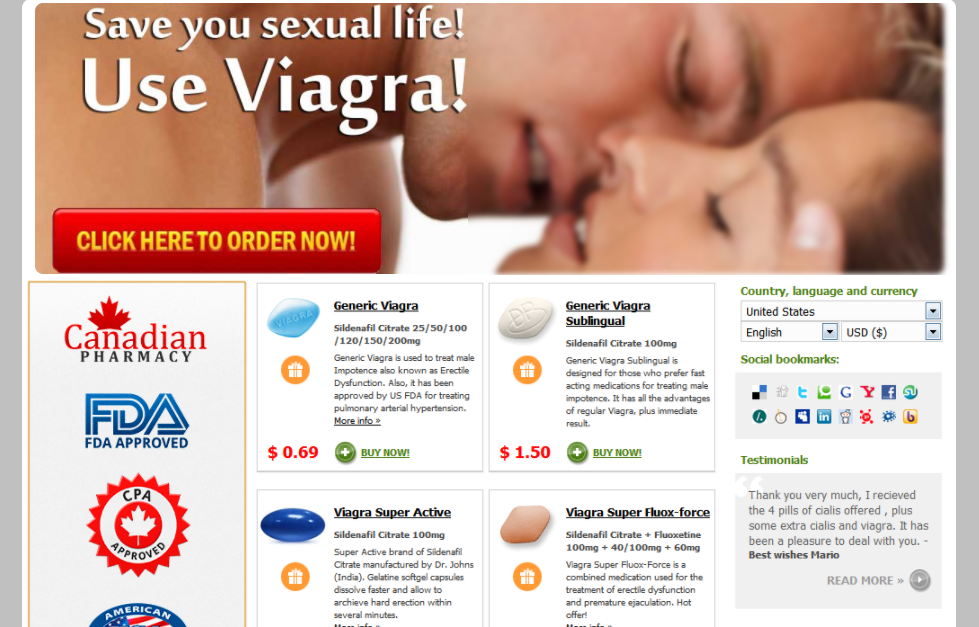 Genericviagrasupply.com was a one-stop destination for an eclectic collection of generic Viagra formulations which were made available in a Canadian store at that web address for about 10 years until 2017. The domain is now in the custody of the United States through the ICE-Homeland Security Investigations, Department of Justice, and the National Intellectual Property Rights coordination center.

Before that happened, the store used to claim that the products available through its website were produced with the best raw materials and top-notch quality control at world-class pharmaceutical manufacturing plants in India. So I learned from the “About Us” page. It was in the FAQ tab, however, that I read about prescriptions being demanded for drugs which required them in deference to local laws.

I saw a lot of success stories on the home screen of the website which is now only available in the archives and also saw an additional number on the page for testimonials. The comment in the screenshot below is one of them.

This reviewer apparently was an ex-military man. He started by thanking client support, I believe, for a certain kind email. He then expressed his satisfaction with both the service and the products he had been receiving from the website. He wrote: “Indeed they have saved my relationship”. He had suffered from serious post-traumatic stress disorder from his time serving in Bosnia, Iraq, and Afghanistan. “It was perfect as expected and faster than I thought”. He also praised the discrete packaging and called the store’s approach “the best system”.

Another user named James thanked the store for the great job it did getting his order delivered to him. He also indicated that the generic medications were of the same quality as what he was getting at his local pharmacy. The inexpensive pricing, he explained, helped him to be better able to afford his prescription drugs.

Lastly, a reviewer named Alan thought that the soft tabs he had ordered should be strips that melting under the tongue. He found them to be as hard as hard Cialis but was pleased to learn that they dissolved under the tongue in about 20 minutes. He liked the flavor too.

Taking these reviews at face value would have meant that the store was a credible generic Viagra supplier. But I have made a practice of comparing on-site reviews to those I find elsewhere. On this occasion, the only reviews I found while searching for unaffiliated reviews were exact copies of the testimonials I just highlighted. This was a warning sign – a taste of what I discovered next.

With those suspicious reviews in mind, I entered the web address in my web browser to confirm the offline status. When I did, I saw the message that revealed that the domain is in the custody of ICE-Homeland Security Investigations, Department of Justice, and the National Intellectual Property Rights Coordination Center. This happened just months ago. I was curious to see what scam-busting websites like Scamadviser and Scamner would have to say in addition to that.

78% was the rating Scamadviser gave to Genericviagrasupply.com. The location of the server was given as the United States and the domain was revealed to be just three years old. That seemed to agree with my initial findings in the archives. The earliest record I found there for this pharmacy was from 2013. Scamadviser also found it listed as a Rogue pharmacy.

Scamner.com gave a 9% rating to this Canadian Internet pharmacy. It didn’t find any secure socket layer but confirmed the United states as being both the origin country and the website location. It also traced the website originated back to 2013.

This Rogue Internet pharmacy wouldn’t have been successful enough to catch the US government’s attention if they didn’t use bonuses including those you see in the screenshot I have attached.

Free pills were added to a customer’s purchase for up to 20 orders. It is also possible that the total number of pills offered as a bonus for the duration a returning customer shops on a website was 20. Shipping of orders that exceeded a specified total cost milestone free of charge was also made available. Bonuses are just one method that online pharmacy vendors have adopted to engender loyalty in their customers. Price discounts have proven to be as effective with different customer bases. These are usually made available on the starting order a new customer makes on an online pharmacy store. For such a customer, he is then entitled to additional discounts that could apply to every next order of may be applicable up to a predetermined number of orders.

That is how I came to the conclusion of my research into this fraudulent online pharmacy. It operated from 2013 until 2017 when the domain was seized by an Anti-Copyright violation effort by the US government that includes Immigration and Customs Enforcement-Homeland Security Investigations, the Department of Justice and the National Intellectual Property Rights Coordination Center. That means it must have been guilty of Copyright violation. Genericviagrasupply.com used to offer prescription medications on the basis of a doctor’s prescription faxed over or emailed to the pharmacy’s team if the customer’s local laws so dictated. This business appeared to have had the approval of CPA, CIPA, MIPA, and FDA. The medications it stocked included Generic Viagra, Viagra Super Active, Viagra Soft, and Generic Viagra Sublingual. I came across favorable reviews which I later found out were copies of similar reviews on other websites. Scamadviser.com gave Genericviagrasupply.com a 78% rating and found that the US was both the website location and origin country. It revealed that the store was created in 2013 which appears to be at odds with the ten years experience asserted by the pharmacy. Scamner agreed with Scamadviser’s analysis and gave the vendor a 9% score. I am giving Genericviagrasupply.com a 1-star rating.